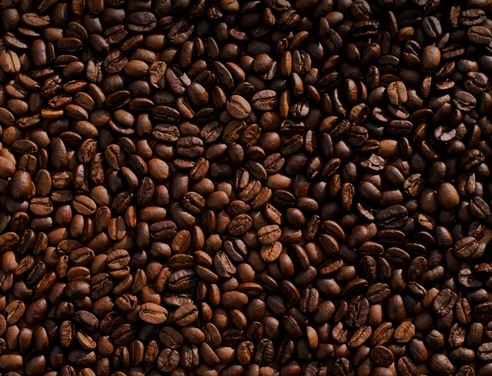 Since its debut in 1983, the Meal Ready to Eat (MRE) has come a long way. Additionally, the concept of battle rations has undergone a significant amount of essential development and adjustment. Compared to what was available in the early 1900s, MREs today appear to be exquisite cuisine, but they continue to draw criticism, earning them the nicknames “Meals Rejected by Everyone” and “Meals Rarely Edible.”

When typical meal service facilities are not available, the Meal, Ready-To-Eat (MRE) is designed to sustain an individual engaged in heavy activity such as military training or during actual military operations. The MRE is a self-contained operational ration that consists of a whole meal packaged in a flexible meal bag. The whole bag is lightweight and fits nicely into military field apparel pockets. As shown in the table of Menus, each meal bag has an entrée and a range of other components.

What consists of MRE?

Components are chosen to complement each entree while also providing essential nourishment. An accessory packet comes with each meal. One MRE meal bag has about 1250 calories on average. It also delivers 1/3 of the US Surgeon General’s recommended daily allowance of vitamins and minerals.

How do they eat MRE?

The entire dinner is ready to eat except for the beverages. When operationally necessary, the entree can be eaten cold, but it can also be heated in a variety of ways, including submersion in hot water while still sealed in its separate entree packaging. Since mid-1992, each meal bag has had a flameless ration heating mechanism to heat the entree.

The life of MRE

At 80 degrees F, the MRE has a three-year shelf life. Before distribution, however, the shelf life might be increased by using cold storage facilities.

Coffee history in the US military

Coffee was the only fresh sustenance available to men on the battlefield during the Civil War aside from tea which was also popular at the time. If morale is anything to go by, it could have been the deciding factor in the war’s conclusion. In today’s currencies, a pound of coffee in the South can cost upwards of $1000. Roasted maize, rye, okra seeds, sweet potatoes, acorns, and peanuts were also employed as substitutes by Confederate forces. Chicory, one of the alternatives, is still popular in New Orleans. Even yet, if you’ve ever eaten “coffee” brewed from one of these, you’ll know it’s nothing like the real thing.

Troops had to roast and grind their beans back then and also there were different types of coffee was available at the time. The Army created the first instant coffee to make coffee preparation easier. It was marketed as “Essence of Coffee,” and it was essentially a coffee reduction with sugar and milk added by the manufacturer. The troops only needed to open a can and add boiling water. Coffee even helped the United States win World War II, as American troops watered down their Italian espresso shots, which were too powerful for their taste buds, to produce the Caffé Americano, one of the world’s most popular coffee beverages.

Coffee is the most popular drink on the planet, aside from water. Countless people worldwide wake up to a gorgeous cup of brewed beverage, which they consume to receive that much-needed morning boost.

Keeping your toes on the ground

Our brains do not operate as well when we initially get up as they do later in the day. Caffeine, the most widely used psychoactive substance on the planet, tends to take over the adenosine receptors in the brain, which are responsible for making you weary.

Drink that MRE coffee and block those sleepy receptors while you’re tired on the post. The health benefit comes from not falling asleep while on duty and being killed.

Coffee reduces your risk of having four key health problems

Coffee lowers your risk of Alzheimer’s and Parkinson’s disease, as well as liver and ovarian cancer. The medical benefits, according to the board-certified anesthesiologist, come from the caffeine in the drink and polyphenols, a micronutrient found in the coffee plant that is high in antioxidants.

Caffeine is a stimulant, which means it stimulates all kinds of bodily functions like blood pressure and heart rate. As a result, your metabolism speeds up and you burn more calories to meet your body’s increased energy demands. Don’t expect a lot of coffee to address your love-handle problem; it won’t; nevertheless, it will offer you a boost of energy while you’re at the gym.

How to use an MRE heater

You can create your own MRE dinners with an MRE heater. A heater is required for a true DIY-MRE supper; it’s just a trail mix or similar non-cooking shelf-stable collection of ingredients.

The most important thing to remember about an MRE is to open it.

cautiously. Don’t rip into it just because you’re hungry. You’ll require the

During the heating process, the box remains intact. Consider the box to be an incubator for your food.

Examine the components of your MRE kit before you begin so that you realize what you’re up against.

When you’ve found the flameless ration heater in your MRE, you’re ready to go. You may add your water Fill it only halfway with water. All you have to do is

Fill with about an ounce of water, but not more. There are cautions concerning this. Only a certain amount of water is required by an MRE heater. And in improper proportions, the heater will break down. Furthermore, your food will not be hot or even lukewarm.

You don’t need power or fire to prepare your food! Every preparedness enthusiast MRE heaters should be purchased because they are flameless and cost less. You don’t even need to activate the MRE with drinking water. With an MRE heater, you can quickly heat a meal. A teaspoon of salt water, pond water, or even a puddle of water will suffice.