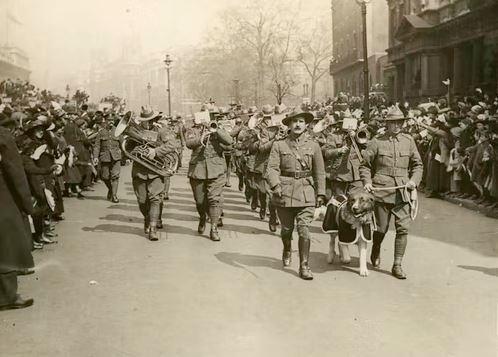 Backpacks have been around since before the early 1900s when Americans invented the term “backpack.” Backpacks have always been an important tool for humans, originally used by hunters to carry their gear or gatherers to transport their produce. Military backpacks first appeared in the United States in the mid-nineteenth century, sparking the development of military-grade textiles and tactical backpacks.

The first military backpack was called a “rucksack” and was used during the American Civil War to help infantrymen carry heavy weapons and medical supplies. Even though they worked well, many soldiers chose to roll their things up in a blanket and throw it over their shoulders instead because it was much easier on their upper bodies. Due to the lack of padding and the weight of the supplies, the stiff wooden support backs that were built into the packs often did a lot of damage to the soldiers’ backs, which hurt their ability to do their jobs. Since these backpacks only had one pocket for all supplies and weapons, it was hard to keep track of what I had and how much I was carrying.

The US didn’t make many changes to rucksacks until about 1941 when a new style came out with not one, but two khaki pockets: one for food, water, and other things that needed to be easy to get to, and the other for weapons. These were called “Field Packs,” and they were used from the end of WWII until the end of the Vietnam War. During the Vietnam War, they were dyed green to help soldiers blend in better. Canvas was strong enough, but it was mostly chosen as the rucksack material because it was easy and cheap to make in large quantities.

The most recent standard for tactical soldiers’ equipment is MOLLE or Modular Lightweight Load-carrying Equipment. MOLLE is an effective and adjustable tactical standard that allows troops to be ready for anything. Also, it was considered one of science’s major advancements. It was initially criticized for its fragility. Working to MOLLE standards is nothing new to us; our tactical backpacks use PALS webbing (durable nylon straps webbed across the outside of the pack that allows for connection of other MOLLE compatible cases and accessories).

At the start of the Civil War, Union soldiers had a canvas knapsack that they wore on their backs. It was painted black to make it less likely to get wet. The ungainly trunk held clothes and tents, while a much smaller haversack made of painted canvas and a cloth lining carried the meager rations of the time, a few personal items, and extra ammunition that wouldn’t fit on a cartridge belt.

This format stayed the same into the 20th century, with only minor changes, until 1909, when the U.S. Army Infantry Equipment Board met at Rock Island Arsenal, a center for making military equipment, to look at what a soldier had to carry into battle. By 1910, everyone had agreed on a new set of rules, which led the U.S. into the Great War, with its trench warfare, barbed wire, and gas attacks.

The National Ski Association was asked by the War Department to evaluate the 1941 rucksack, and its Winter Equipment Committee made 12 recommendations, which resulted in a tubular steel frame, a new method of directly attaching shoulder straps to the rucksack, and small but functional improvements that were incorporated into later versions. The frame and “belly band” waist strap were designed to reduce wobble under load, and the entire system was a significant advance over the cumbersome haversack systems used by most infantrymen.

During the Korean and Vietnam Wars, the US military continued to employ external frame packs, changing the packing material from canvas to nylon to reduce water retention and dry rot, and switching the frame to tubular aluminum. During this time, the second point of contact between the two dimensions of packs occurs.

Packs would change at a breakneck speed over the next 60 years, finding employment atop Mount Everest and other dizzying heights as they adopted taller, narrower alpine profiles. The legendary All-Purpose, Lightweight, Individual, Combat Equipment (ALICE) Field Pack, adopted in 1973, was the pinnacle of that era’s military packs. Many characteristics of the previous generation of rucksacks were kept in the external frame design, which many believe to be the gold standard of battle packs. 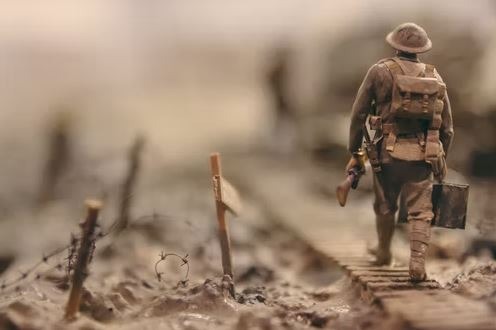 The way soldiers carry their equipment, ammo, and rations to war was permanently transformed when the US Army’s Natick Soldier Research, Development, and Engineering Center invented a grid of one-inch webbing linked to a base fabric at one-inch intervals. The Pouch Attachment Ladder System (PALS), which was established in 1997, became the cornerstone of the Modular Lightweight Load-carrying Equipment (MOLLE) system. A strap system threaded into the PALS grid allows the user to attach a variety of pouches to basic items such as a rucksack, body armor, or an ammunition vest. The word PALS has lost favor over time, and most people just refer to the webbing as MOLLE.

In 2002, the Marine Corps deviated from the Army’s field equipment acquisition strategy and asked the industry to build a new suite to replace MOLLE. Arc’teryx created a top-loading alpine pack with an internal frame of aluminum stays and load stabilizers to support the load. It was mass-produced by Propper International as the principal component of the Improved Load Bearing Equipment (ILBE) system after winning the competition against a Gregory Mountain Industries submission.

MOLLE compatibility has even crept into a range of military-inspired backpacks, messenger satchels, and sling packs that were never meant to be used in battle. This phase of pack design is the fourth and last touch point on a civilian-military divide that is becoming increasingly blurred over time.

A swath of PALS webbing on a lifestyle pack has become widespread as a design element, with Greenroom136, Timbuk2, Equilibrium USG, and other manufacturers offering a choice of packs that can pair with a MOLLE-compatible accessory if the user so desires. Soldiers are unlikely to sprint into combat wearing Nike packs on their backs, therefore they could be considered crossover packs. But I do not doubt that for the next 150 years, the civilian and military sectors will continue to borrow load-carrying advances from one another and how the advances from world war II shaped the modern world today.