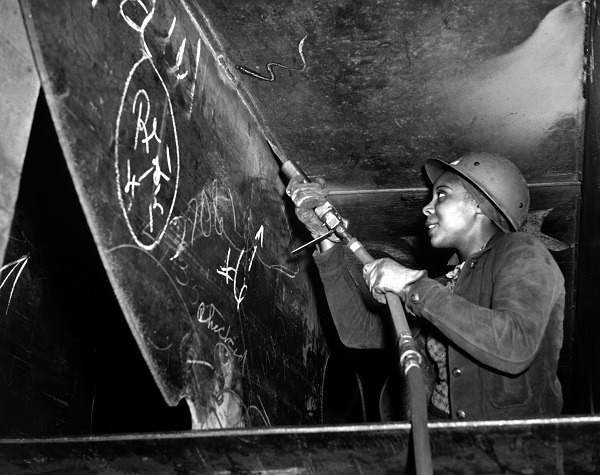 World War II brought a new era for women. They became free to be men and were even pushed to take tasks intended for men. Amidst the intense production demands during the war, all ideologies and social hurdles separating them vanished. Women took on a different role, retooling the U.S. industry and replacing male workers who joined the military.

Used to being housewives compounded in the four corners of the home, countless women braved the task and worked as riveters, machinists, assemblers in factories and shipyards. They helped produce ships, tanks, planes, munitions, and other critical materials for the war. Through that, the “Rosies,” as they are fondly called, became new living symbols of courage and patriotism.

Unlike less massive wars, World War II left governments to use nearly their whole population to defeat their adversaries. With that, even women were urged to volunteer for wartime services. Like in the first World War, men’s mandatory enlistment in the frontlines left no workers in the background. Thus, the only way to fill the void in the industrial labor force was women’s employment.

With that dire need, the government asked for women’s cooperation through the “Rosie the Riveter” campaign in newspapers, articles, movies, photographs, and posters. “Rosie the Riveter,” who sported a signature polka-dotted bandana seemingly perfect for a thematic party, served as the romantic, cultural, and cultural icon of women who responded to the call for the country. The first prototype was created by J. Howard Miller, a Pittsburgh artist, and first appeared on a Westinghouse Electric Corporation poster in 1943. Early the following year, a song of the same name became a national hit, engraving the icon deeper in history. 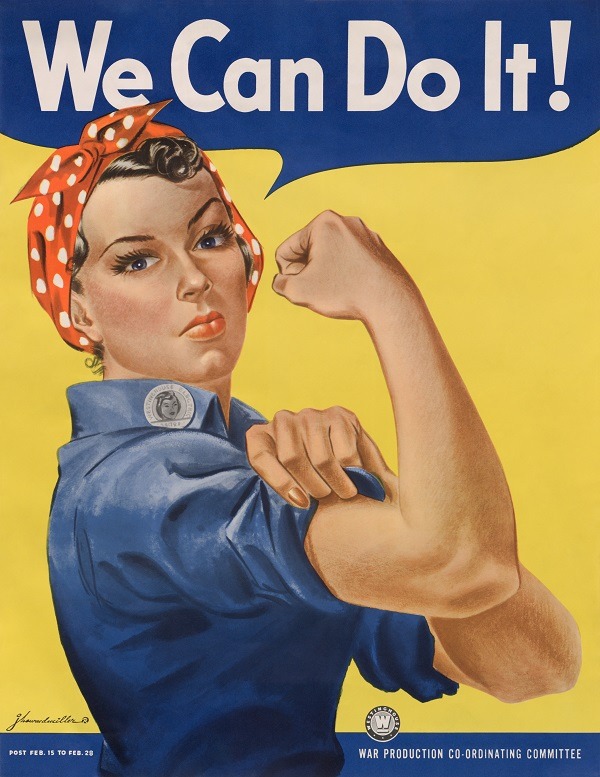 The “Rosies” Entered the Workforce

Women didn’t ignore the call, and many women stepped up to fill up the position traditionally held by men. They took on various jobs they weren’t allowed to take previously, such as in the aviation and munitions industries. Some began engaging in heavy construction works, assigned in steel and lumber mills. Physically-demanding jobs, such as assembling dirigibles and unloading freight, also didn’t deter women as they embraced their new roles to help the country.

The majority of the Rosies were mothers, who also have to attend to their duties to their children. To fulfill these, these women worked and grouped, sharing various chores from cleaning, cooking to washing the laundry. Some lived in the same houses and apartments to minimize the cost of food and utilities while also giving them the chance to work in alternating shifts, always leaving someone to take of the children. 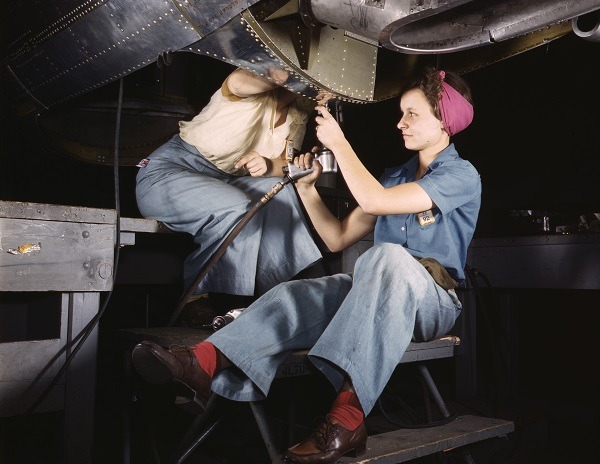 Despite all the sacrifices and efforts of juggling work and their family duties, and their crucial contribution in the war, the Rosies were underpaid and rarely earned above half of the wage of their male counterparts. But being able to do things they’ve never done before and felt very proud and fulfilled with their work. They enjoyed the autonomy given to them and widened their perspective about their capabilities.

Unfortunately, after the war, the government launched another propaganda, encouraging “Rosie the Riveter” to go back to being “Rosie the Housewife” as the United States’ victory signaled the return of the male peers – who will then again take on the male-dominated trades. Yet, some Rosies stayed in their jobs but were demoted and continued to receive less pay than men.

Nevertheless, the Rosies’ selfless efforts and mindset during the war never allowed men to take on the same superiority over women. As the Rosies experienced personal and financial liberation, ventured into new industries, and found a new sense of self-worth, it changed the workforce’s landscape for women, allowing them to continue rising in the post-war period.