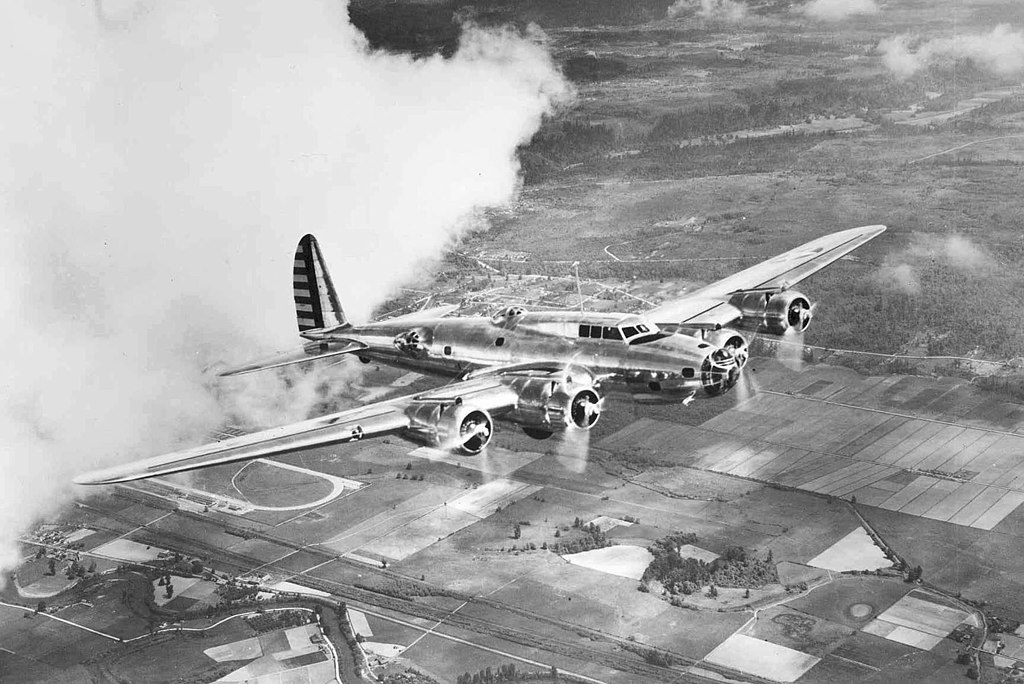 Despite the violent history of World War 2, the planes, tanks, and ships that were created and used during that war has been celebrated as some of the most important vehicles in the motor industries. Without the World War 2 vehicles, we wouldn’t be able to get the technological advancements that we see in cars and airplanes today, as they also served as a stepping stone for producers or manufacturers to improve upon their capabilities in building the best vehicles in the modern era. The push for technology advancement help to also lead us to advanced in robotics and artificial intelligence.  There have been dozens of plane manufacturers that built aircraft for several countries that participated in the Second World War, but there are only a few that produce more than the others. Here are some of the major plane manufacturers in World War 2.

When you think about passenger planes used today, the name that will first come to most people’s minds is “Boeing.” Their popularity in today’s era is brought by their capabilities of producing more planes than many other manufacturers, as they are currently the second-largest defense contractor in the world and one of the biggest aerospace manufacturers. In fact, during World War 2, Boeing is also one of the influential plane manufacturers because of how they contributed in providing the best planes for the US Air Force. 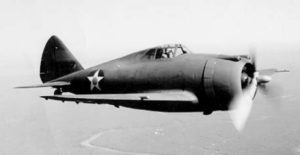 The Boeing company was founded by lumber industrialist William Boeing on July 15, 1916 in Seattle, Washington, and created their first airplane, the B&W Seaplane, around the same year. In World War 2, they are responsible for giving the US Air Force with 16,000 units of four-engine heavy bombers, which includes the models B-17 Flying Fortress and B-29 Superfortress. Today, Boeing has divided their services into two divisions, with one being the Boeing Commercial Airplanes that builds and provides passenger planes, and the other being the Boing Defense, Space & Security division that focuses on building fighter planes, bombers, satellites, and spaceplanes.

The Republic Aviation Corporation was almost on-par with Boeing in terms of production, as they were able to provide 15,000 aircraft units not only for the United States but also for China, who needed it to defend the country against Japanese forces. Their most popular plane during World War 2 is the P-43 Lancer, a single-engine monoplane fighter that was first used by the US Army Air Corps in 1940. Another famous plane that they created for the war was the P-47 Thunderbolt, which can carry .50-caliber machine guns and five-inch rockets.

The company was founded as Seversky Aircraft Company by Russian expatriate Alexander de Seversky in 1931. Seversky was well versed in the intricacies of fighter planes, as he was once a pilot in World War I and lost one of his leg during a battle. With the help of designers, the company was able to flourish in the 1930s, with one of their accomplishments being the P-35, the design competition winner for a new fighter for the US Army Air Corps. Unfortunately, Seversky was kicked out of the corporation after financial losses in 1939, and the company was then renamed as “Republic Aviation Corporation.” While the company saw success during World War 2, it was about 20 years after the war that the company suffered major losses financially. They would soon be defunct after they were bought by Fairchild Aircraft in 1965.

North American Aviation is considered to be the biggest aircraft manufacturer for the United States in World War 2, as the company was able to produce approximately 26,000 units, which is about 1/3 more of what Boeing was able to provide during that period. The most recognizable planes that the company produced during the war are the P-51 Mustang, a single-seat fighter/fighter-bomber hybrid that was also used in the Korean War, and the B-25 Mitchell, a medium bomber that was named after aviation pioneer Major General William “Billy” Mitchell. 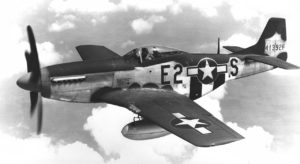 The aviation company was founded by financier Clement Melville Keys on December 6, 1928, although it first operated as a holding company that sells interests to airline companies. However, it became a manufacturing company in 1934 due to the Air Mail Act, and it was then run by James H. “Dutch” Kindelberger. General Motors Corporation, known for owning automobile brands like GMC, Cadillac, and Chevrolet, bought the company and merged it with the General Aviation Manufacturing Company in 1933, although the name of North American Aviation was kept. Much like Republic Aviation, North American Aviation struggled financially after World War II, and their financial issues eventually led to them becoming defunct and sold to Boeing in 1967.

Lockheed Corporation was another manufacturer that was on-par with Boeing during World War 2 since it was able to produce more than 16,000 units, particularly of their most popular model, the P-38 Lightning. The P-38 Lightning is a piston-engine fighter plane that was used by the US Army Air Corps in the Second World War. Interestingly, the P-38 was the only aircraft the remained in production throughout World War II for the United States, as it was present from the days of the Attack on Pearl Harbor up to the surrender of Japan. 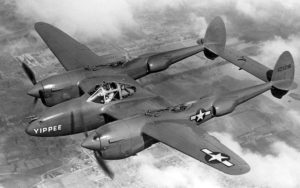 The corporation was founded in 1926 by brothers Allan and Malcolm Loughead, who earlier operated another aircraft company called Loughead Aircraft Manufacturing Company, which ended operations in 1920. Their first successful model was the Vega, a six-passenger monoplane that was built just a year after the company’s funding. After building passenger planes, the Lockheed Corporation then moved to creating fighter planes and bombers just before the start of the Second World War. The company then became defunct in 1995 after merging with the Martin Marietta Corporation to form Lockheed Martin, which is currently one of the biggest aerospace companies in the United States.

Curtiss-Wright is considered the second-biggest aircraft manufacturer during World War 2, as it has produce about 20,000 units in the war. Before the Second World War, Curtiss-Wright is already a leading manufacturer for fighter planes because of the popularity of their P-38 Hawk, which was prominently used in the 1930s and the 1940s. Then, during the battles of World War 2, the company became bigger as they began producing planes for other countries besides the US. 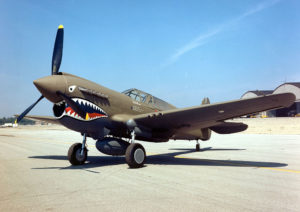 The Curtiss-Wright company was founded on July 5, 1929, after 12 companies that are associated with the Curtiss Aeroplane and Motor Company merged to form the largest aviation company in the United States. As previously stated, they have already found success in the aerospace industry even before World War 2, as they primarily focused on providing fighter planes for the US military. During the Second World War, they expanded their line of planes by creating new models like the SBC2 Helldiver and the P-40 Warhawk, which is particularly famous for its painted shark mouth.

Those are five major plane manufacturers in World War 2. Despite their success in the war in terms of sales or financial gain, most of these companies struggled after World War 2 since the United States and other countries didn’t need many fighters and bombers during peacetime. As a result, there are only three out of the five mentioned on this article that are still operating.