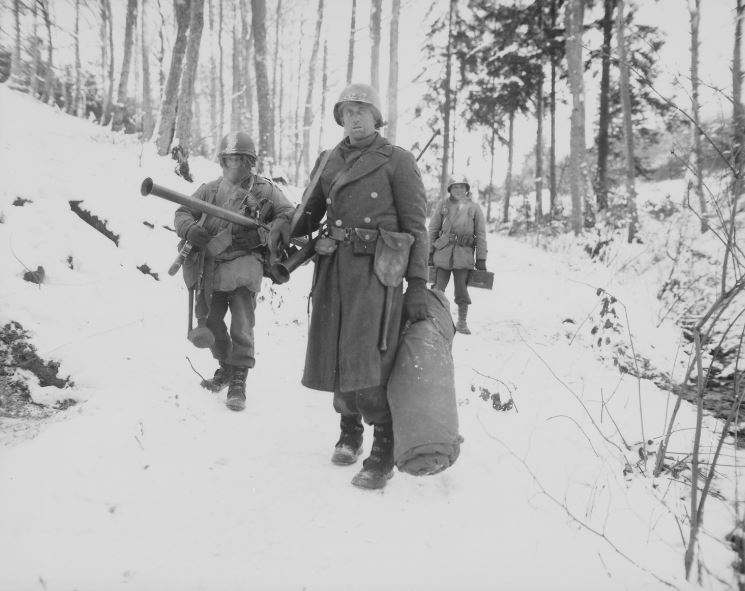 World War II is indubitably the biggest and bloodiest global conflict in history, affecting and taking millions of lives and covering a vast scale, and that’s almost impossible to imagine. During its period, the rapid rise of technology gave birth to major science advances and safer, stronger, and quicker aircraft, allowing nations to use immense power in the air, on land, and at sea.

Despite such, some soldiers still confronted adversaries on foot directly on the battlelines, capturing victories with sheer determination and grit. Here, let’s look back at some of the major forest and mountain battles of WW2 and their significance in one of the globe’s greatest conflicts. 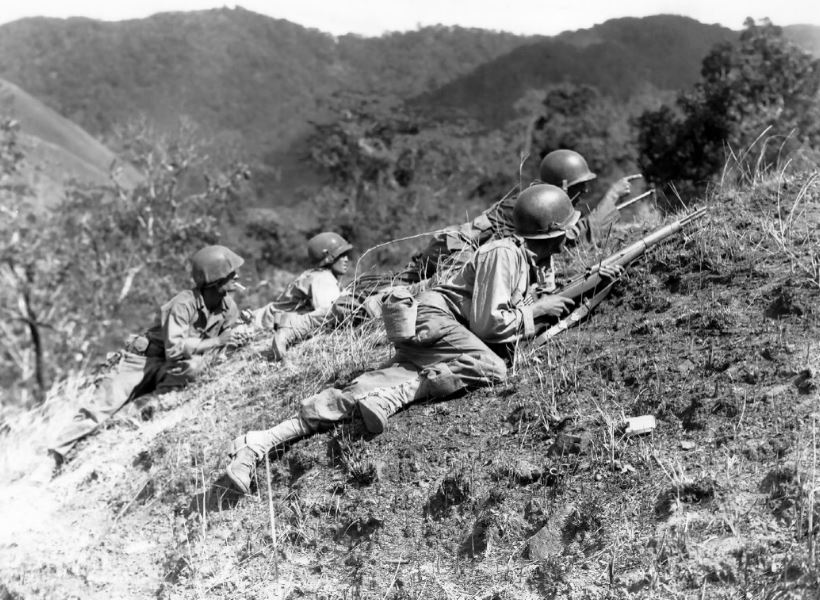 The Philippines and its location were of great strategic value to the United States and played a critical role in American generalship during World War II. As such, 227 aircraft and 135,000 soldiers were deployed to the Philippines by October 1941.

A few hours after the Japanese attack on Pearl Harbor, the Japanese forces began invading the Philippines and targeting its military installation. American and Filipino troops were caught by surprise, forcing them to retreat to Bataan and Corregidor Island. By 1942, Japan was able to capture Luzon, the Philippines’ largest island.

General Douglas MacArthur, who was in charge of the Philippines’ defense at that time, fled to Australia before the capture. Nevertheless, MacArthur had famously promised to return to the Philippines and recapture the country. Other commanders opposed the idea, claiming they must allow time and take action until victory was definite. 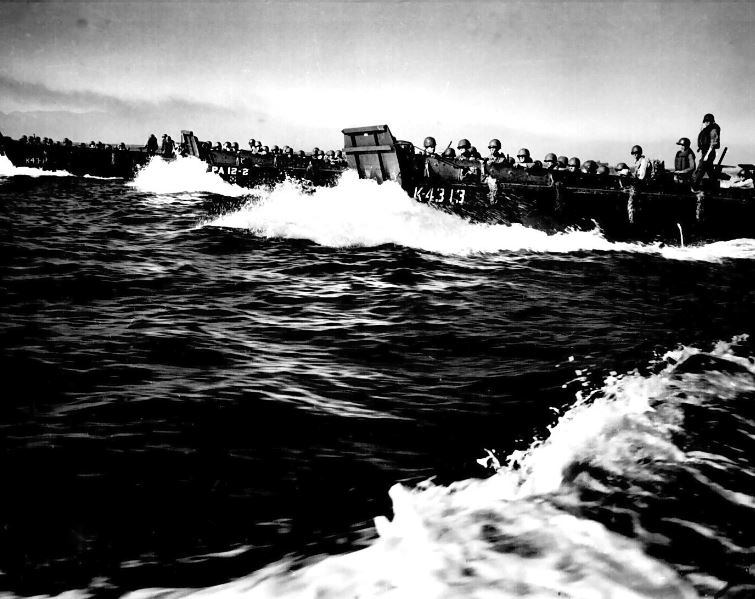 After waiting two years, a campaign was launched in 1944 to fulfill MacArthur’s wish, who still deemed capturing the Philippines was strategically vital. By the end of December 1944, they recaptured Leyte and, later, Mindoro. Meanwhile, the assault on Luzon was planned to be carried out the following month.

As planned, the attack on Luzon codenamed S-day was launched on January 9, 1945, with the Allied Forces landing on the Lingayen Gulf. The landings became relatively unopposed, but fighting penetrating inland became quite difficult with the dispersed enclaves of the Japanese forces. Battles continued throughout Luzon in the following weeks, but the Allies were able to take control of the significant portions by March 1945.

Despite Japan’s unconditional surrender, pockets of Japanese troops withdrew to the mountainous areas of Luzon and continued resistance long after the war’s end. Though the battle was not among the highest in terms of U.S. soldiers casualties, the total number of deaths is one of the highest recorded in WW2.

Only about 8,000-10,000 American combatants were killed, while 192,000 to 217,000 Japanese soldiers died, most of which were from diseases and starvation. The Philippines also suffered extreme losses, with more than 150,000 deaths, most of which were civilians murdered by Japanese forces. 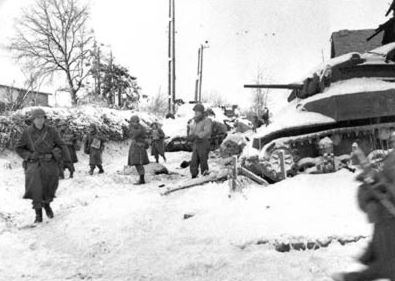 After the Normandy invasion, situations were deemed clear for the Allied Forces as they made their way to Belgium while anticipating an enfeebled Nazi forces. However, it was the other way around, as Hitler’s soldiers launched a vast, surprise counter-attack against the Allied troops as they were marching on the brutal, frigid, and thick forested regions of Ardennes.

In the first weeks, the Germans were able to push the Allied forces back several miles. However, their success was only initial. Additional reinforcements and the airstrike on Christmas Day allowed the Allies soldiers to regain their position in the Ardenne forest by mid-January.

The Allies eventually won against Hitler’s last-ditch to retake the upper hand in the war. Yet, many consider the Battle of Bulge the bloodiest for the Americans, with 19,000 deaths, while over 70,000 were injured or went missing. The Germans also suffered heavily, with more than 100,000 casualties. After the war, the Allies continued to advance to Berlin. 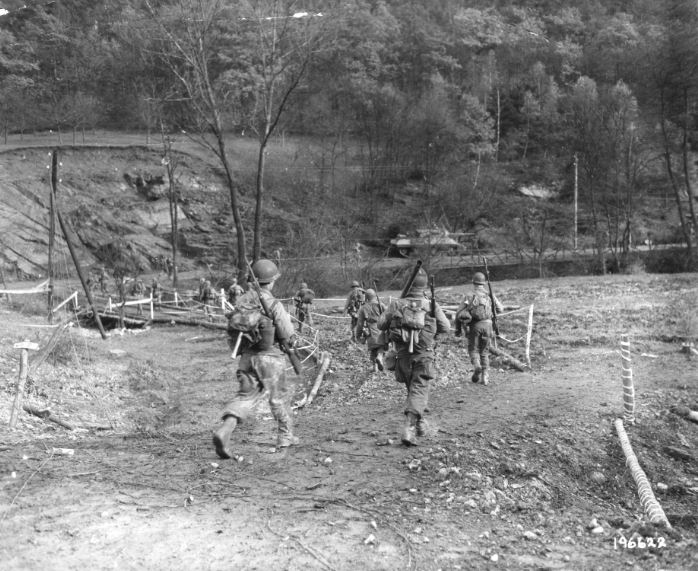 Before the Battle of the Bulge, there was the Battle of Hürtgen Forest. It was a lesser-known but a grand encounter between the Germans and the Allied Forces. With the German troops suffering heavy losses from the Normandy landings in June, they retreated from France and Belgium. They went behind the “Westwall,” a  World War I fortification dubbed by the Allies as “Siegfried Line.”

U.S. troops first crossed the German border on September 12, 1944, near Roetgen village south-east of Aachen. However, the failure of the Operation Market Garden in the Netherlands and issues with supply slowed them down. Thus, allowing the German forces to regroup.

As advancing and securing the Rhine was significant for the Allied Forces, they pushed through the Hürtgen Forest, a harsh and unknown territory characterized by dense woodland, deep gorges, and barren hilltops. The battle in the forest started on September 19, 1944, and lasted until December 16, 1944. All in all, it cost the deaths of 33,000 U.S. soldiers, with an upper estimate of 55,000, while the German side only suffered 28,000 casualties.

Though the city of Aachen was captured on October 22, 1944, the Allied Forces failed to cross the Rur and seize the region. The Germans successfully defended the area until their last-ditch and surprise offensive into the Ardenne forest in the Battle of the Bulge, ending the Battle of Hürtgen Forest and leaving it less well remembered. 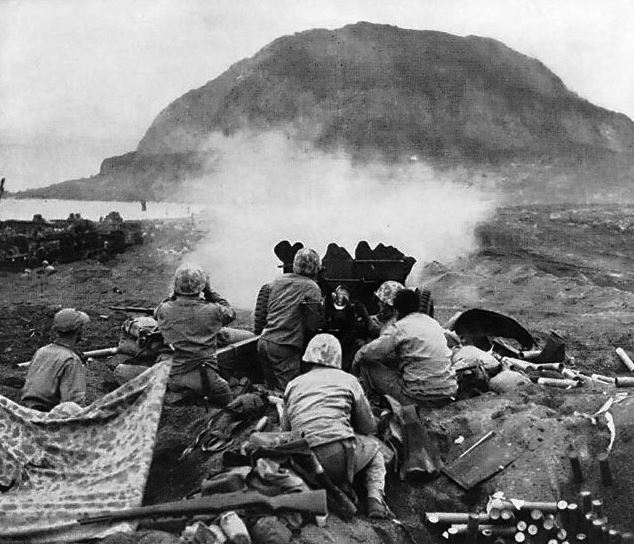 The U.S. Marines launched an amphibious invasion of Iwo Jima island in Japan as part of their campaign in the Pacific and to secure a strategic staging location for a possible attack on mainland Japan. Dubbed as Operation Detachment, the battle started on February 19, 1945, with the U.S. troops facing a well-prepared and determined enemy.

After taking the conflict into the higher ground, American troops soon saw themselves fighting against Japanese soldiers on a labyrinth of tunnels the latter dugged underneath them. On Mount Suribachi, the island’s highest mountain standing 556 feet above sea level, the Japanese excavated a seven-story base, storing their supplies and weapons. 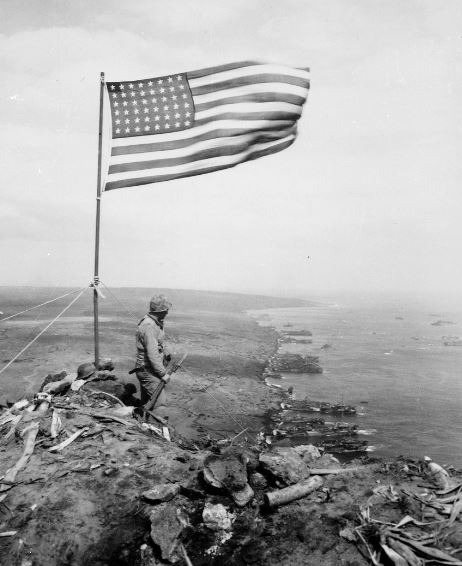 Weeks of bloody combat ensued, costing the death of 26,000 U.S. troops, the only clash in WW2 where the number of casualties from the U.S. side outnumbered Japan. Nevertheless, the Japanese suffered heavy losses. Only 216 out of the 18,000 were captured as prisoners. All the remaining were killed, attesting to the Japanese soldiers’ will to fight until their last man. Iwo Jima, later on, served as a landing site for U.S. B-29 bombers.

As you go mountain hiking or hunt the best forests in the world, it may be worth it to learn about the area’s origin. Who knows what stories they are keeping, and just like the natural places mentioned in this post, they might have witnessed some of the most significant events in world history, all worthy of remembering.