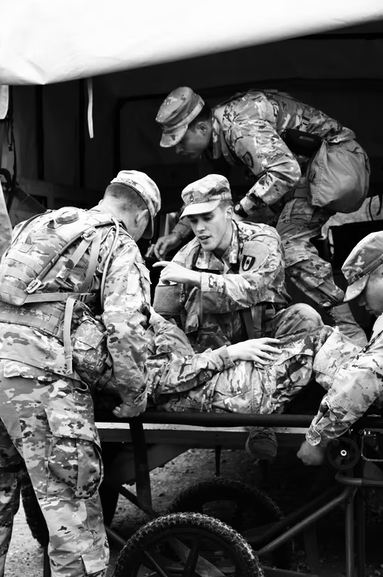 The United States Army has been around for hundreds of years. From rags to spot-and-polish boots, from tricorn hat to helmet, from scratchy blue wool to the new operational camouflage pattern, the Army uniform has evolved radically through the years. Today, many manufacturers are making pieces of clothing and accessories that are inspired by the Army uniform. Some of these include camouflage pants, durable work belts, and shirts. But have you ever wondered what was the American soldier’s uniform was during World War II?

In World War II, the United States Army used different standard and non-standard dress and battle uniforms, which changed often depending on the theater of war, supply demands, and climatic environment. If you want to learn more about this, read on as we’re giving you more information about the standard uniform of an American soldier in World War II.

Aside from the service uniforms worn for ordinary duty and dress purposes, there were also different fatigue and combat uniforms. The summer and winter uniforms were worn during their respective seasons in the continental United States.

Here are the standard service uniforms worn by the enlisted men in the US Army in World War II:

In 1941, the winter service uniform of the enlisted men consisted of a wool serge four-button coat that had four pockets in olive drab shade number 33, a long-sleeved wool shirt, and wool trousers, both in olive drab shade number 32. It was accessorized by a russet brown leather belt with a brass buckle. However, it was later on, dropped as a leather conservation measure, and the belt hooks on the coats were removed.

However, many enlisted men privately bought their own belts and added belt hooks to their coats. Shirts during that time featured two patch pockets and no shoulder straps. They were either wool flannel or khaki cotton chino cloth. The shirt could be worn under the coat, but cotton shirts cannot be worn as an outer garment with wool trousers when the coat is not worn.

The original shirt design had a stand-up collar like a usual dress shirt. But in 1941, it was redesigned with the collar band removed. In the same year, the necktie for the winter uniform was black wool. In 1942, a universal mohair wool necktie replaced it. Whenever a shirt was worn as an outer garment, the necktie was tucked between the first and second exposed buttons.

The summer service uniform of the enlisted men consisted of cotton khaki uniform shirt and matching trousers. When the 1930s came, the issue of the coat for the uniform was discontinued. When wearing the shirt, the necktie was tucked between the first and second exposed buttons. The summer service uniform was also originally used as a summer combat uniform and a summer dress uniform. However, after the invasion of the Philippines in 1942, it was largely replaced as a summer combat uniform by the herringbone twill utility uniform.

After the end of 1941, the peaked cap was no longer worn for official use by most enlisted soldiers. However, it remained a popular item for personal purchase. Only the garrison cap, either the olive drab for winter or the khaki for summer with piping depending the soldier’s branch of service, was worn as headgear by enlisted soldiers. 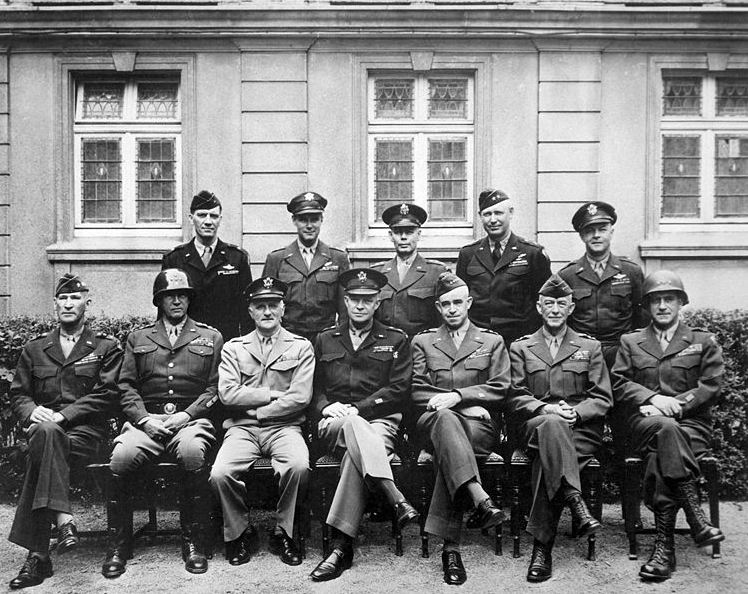 Here are the standard officer’s service uniforms worn by the US Army soldiers in World War II:

In 1941, the male officer’s winter service uniform consisted of a four-pocket, four-button coat of finer wool fabric in olive drab shade number 51. It was a very dark olive green with a brownish hue. Until 1942, the coat was worn with a russet brown leather Sam Browne belt before it was replaced by a cloth belt that matches the coat. The trousers also matched the color and fabric of the coat. They were also allowed to wear pants of a contrasting pinkish pale taupe. That combination was called “pinks and greens.”

The shirts for officers included shoulder straps. They also had additional shirt color and fabric options. They wore black and khaki neckties with winter uniforms until February 1942, when the universal neckties were changed to khaki for all ranks. They were also not allowed to wear khaki shirts as an outer garment with wool trousers.

The summer uniforms of male officers consisted of cotton khaki uniforms, like those of enlisted men. However, the main difference was that they had shoulder straps added. The coat of the uniform looked similar in cut to the winter uniform for officers. However, the cloth belt was usually removed.

The headgear of officers for the winter uniform included either an OD 51 peaked service cap with a russet leather visor or a garrison cap that matches the fabric shade worn. Their garrison cap was piped around the curtain with gold and black cord, except general officers whose piping was all gold. The rank insignia of the officer was worn on the left front side of the garrison cap. Khaki garrison caps were optionally worn with the summer khaki uniform, featuring the same piping as the winter version.

The footwear of the officers usually consisted of the same type of russet brown leather shoes worn by enlisted soldiers.

Women in the United States Army during World War II were assigned either to the Women’s Auxiliary Army Corps or WAAC/WAC or the Army Nurse Corps or ANC.

The first flight nurses’ uniform during World War II featured a blue wool battle dress jacket, blue men’s style maroon piped garrison cap and blue wool trousers. It was worn either with a white shirt or ANC light blue shirt and black tie. When 1943 came, the ANC adopted olive drab service uniforms that were similar to the newly formed WAC. Nurses back then wore Army hospital whites when they were on ward duty.

When the summer of 1943 came, WAAC was changed to the Women’s Army Corps or WAC. From that point, their insignia was changed to that of a regular army. Their service uniforms for both summer and winter consisted of the WAC pattern hobby hat, or garrison cap for women, shirtwaist, four-in-hand tie, women’s suit coat, russet leather service shoes, and handbag.

Here are the combat and utility uniforms worn by the American soldiers in World War II:

A fatigue-duty uniform that was made of heavy cotton herringbone twill or HBT cloth was issued. It comprised of trousers, a shirt, and a hat. Before, the hat was circular-brimmed but was later replaced by a billed cap, based on a design used by railroad workers. The uniform was intended to be worn over the basic wool or cotton uniforms to give protection during fatigue duties. However, it proved to be made of a much better material compared to the primary wool uniform for hot weather. With that, it was used as a combat uniform in nearly all of the major theaters of combat wherein the US was involved.

The original Herringbone Twill uniform was in a light sage green color. Its 1943 version had a few changes in tailoring, and it was in a darker olive drab shade number 7.

In the latter half of World War II, the M-1943 uniform was introduced. It was made as a layered system which was meant to be worn over the wool shirt and pants. It was also worn in conjunction with wool sweaters and liners during cold weather.

The most popular part of the uniform was the M-1943 field jacket, which was longer, coming down to the upper thighs. The pants were made of cotton sateen material and white cotton twill inner lining. They were equipped with both front and rear pockets, and as well as buttoned tabs at the waist. The use of the M-1943 uniform was very popular with men in the field, as it was comfortable and had large amounts of space in the pockets.

The combat footwear of the US Army soldiers in World War II originally comprised a basic tanned leather shoe. It was used with heavy canvas leggings. It was an ankle-high field shoe that was made of tanned leather in a dark reddish-brown or russet color. It also originally had leather soles. However, after 1940, the sole was changed to rubber.

When the US entered into the ware, these shoes were replaced with a roughout field shoe that is made from leather uppers and commonly called boondockers. When 1943 came, the service shoes were replaced by a boot called the Composition Combat Service Boot or two-buckle boot. It featured a permanently attached two-buckled leather cuff which replaced the unpopular canvas leggings. Its sole was made of reclaimed rubber or synthetic leather. But due to supply issues, soldiers back then can be seen wearing both the service shoes with the leggings and the newer combat shoes or boots. You can learn more about this by reading our article, What Type of Footwear Did Soldiers Have in World War II?

These were the standard uniforms worn by American soldiers in World War II. It is amazing to know that through the years, the uniforms of the US Army soldier have evolved and made even better to withstand the weather and climate in different areas of the world. We hope this article helped you learn more about the uniforms of American soldiers in World War II.