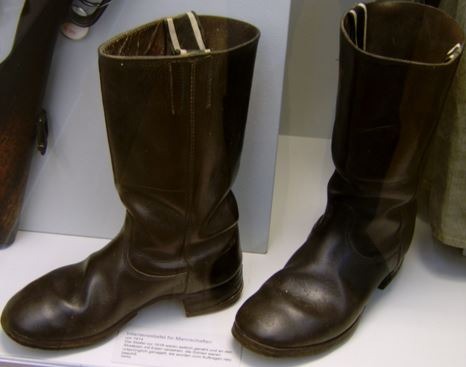 The Second World War, or World War 2, was a global war that swept almost every country of the world into the conflict.  The first side was the Axis Powers, which were Germany, Italy, and Japan. The other side was the Allies which included Great Britain, the USA, Soviet Union, and France. China was also a part of the Allies, even though it wasn’t very active in the war. Thousands of soldiers were fighting in very difficult conditions on the front lines. They needed equipment for the war, and the most basic of these were shoes.

The M-24 Service boots were the standard boots given to American soldiers during WW2. The shoe was made of leather and had a sole made of two pieces stitched together. The M-24 service shoes were very comfortable, however, they were replaced by rough-out boots. These shoes were made of rough-out leather. Rough-out leather is made using polish, oil, and wax to give the leather an aged look.

The M-24 Service shoes were one of the earliest equipment used in the Second World War. Following the drawbacks of M-24 Service Shoes, there were further developments. The soldiers had many complaints at times which is why the service shoes were modified accordingly. During World War II, America and many other countries were constantly focused on the development of modern shoes and uniforms for their personnel so that there is minimal discomfort and maximum response when it comes to fighting. 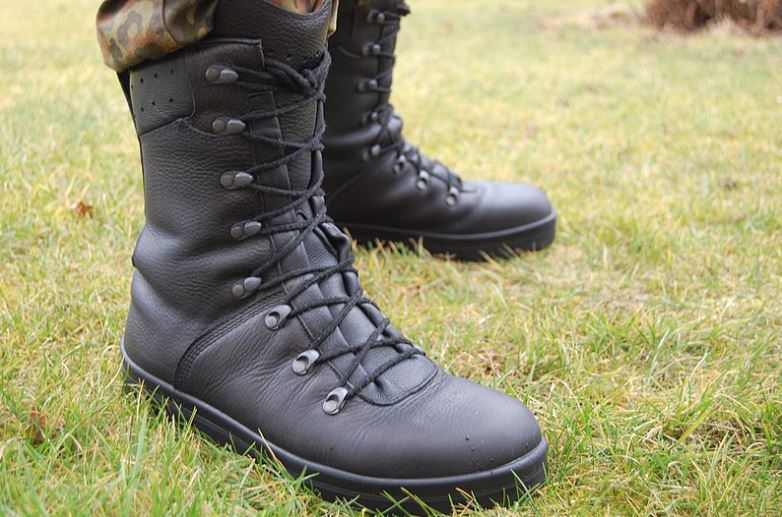 America soon upgraded its military boot again. This time laces were taken out of the picture, and straps were added. The M-43 American Buckle boot was formed. The buckle boots were exactly like the rough-out boots. They were just increased in height, and a double buckle belt was added to the top. The boots were made of synthesized rubber and other recycled materials. However, the shoes were uncomfortable because they only had single soles. Still, it was much easier to move in them, when compared to Trench Boots worn in the First World War.

Experts consider that this slight improvement in the shoe design helps in a better performance of the soldiers as well. Moreover, it helped the American army to overcome the increased cost. This is because these boots were made of recycled material. 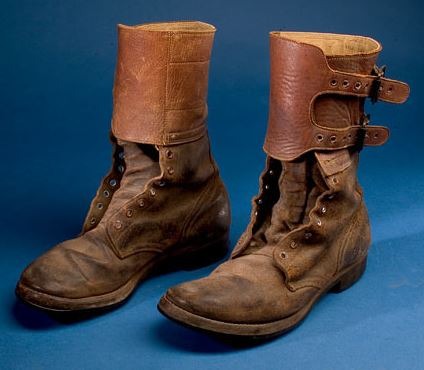 The Jungle Boot was specially designed to be worn in hot, wet, and humid conditions. They were perfect for jungle warfare, which gives them their name. The Jungle Boots played a very important role in World War 2. However, before World War 2, the boot had already been used in the Panamas. U.S troops stationed in the Panamas were given these boots for testing. There was a lot of positive feedback, as the boots were said to prevent blisters and ulcers.

There were no shoes suitable for wet, and humid environments. Shoes that weren’t waterproof, got your feet wet and didn’t dry easily. This led to pruned skin and other issues. Waterproof shoes didn’t allow ventilation. The lack of ventilation gave birth to ulcers, blisters, and even mold.

The concept of the Jungle boot wasn’t to be waterproof but to allow the water to drain very fast. The soles were made of rubber, and the upper of the boot was made of canvas. The canvas kept out insects, stones, and any other irritants, but did not stop the water. This allowed ventilation for the feet and still kept them safe. The boots also had steel-plated soles, to protect the soldiers against anything harmful they might step on.

The jungle boot was made by the U.S Rubber Company and is said to have weighed about 3 pounds. These shoes were used by American army personnel in World War 2. While these shoes were perfect for wet conditions, they weren’t very tough. Jungle Boots were said to wear down very easily. The American Soldiers carried them as backups, so they could be worn in wet conditions.

These Jungle boots came with Vibram soles. However, in 1965, the Jungle Boot was relaunched with the Panama Sole. The Panama sole was made during the Second World War by Raymond Dobie. But it wasn’t put to use until after World War 2 ended.

Considering the high success of the Jungle boots, they are still used by many armies. However, the American soldiers have now got a better design of boots which is both efficient and performance effective while giving the maximum comfort as well.

Paratroopers in the American Army were authorized to wear Jump boots. Paratroopers are members of airborne units. The extensive use of warplanes and air support meant that top-class shoes were required for the personnel. Jump boots were mid-calf boots made of leather. These boots were first made by William P. Yarborough in 1941. The boots are also called “Corcorans” because the Corcoran And Matterhorn Company was contracted to provide them to the US army for years.

The boots featured laces to secure them on your feet. These laces came up to calf-length. The toecaps were unyielding and strengthened to secure your delicate toes. The calf-length laces and the toe caps were also meant to provide support to the wearer’s foot. This was necessary for the rough landings the soldiers had to perform. Considering the era of World War II, the Jump Boots can be considered as one of the most durable ones when it came to hard landings.

However, the boot wasn’t very comfortable for marching or walking long distances. It caused massive foot pain to the soldiers. It was kept especially for paratroopers that had to perform hard landings.

Another version of the Jump boot ended at the ankle. Mud and dirt often entered boots like these, because the ankles are always in mud. Indian-style puttees were used to keep the mud and dirt out of the shoe. A puttee is a strip of cloth, wrapped in an overlapping spiral around an area. These boots were also quite useful for helping the soldiers in abnormal terrains. The personnel wearing these shoes had no impact on their feet regardless of how tough the terrain was. 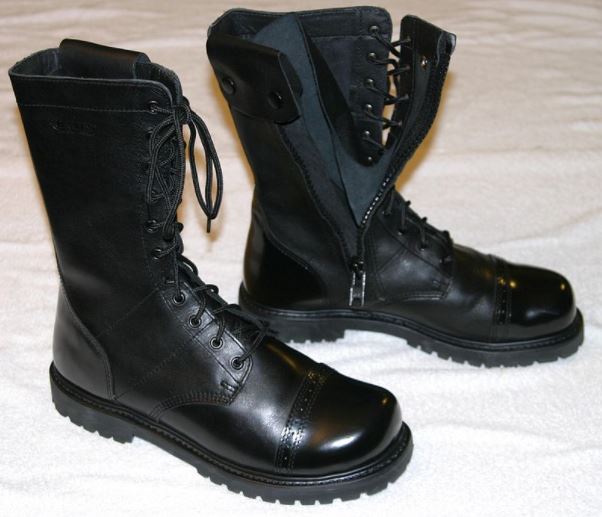 Jackboots were born by the German Military during the Second World War. The shoes were specially made for marching and came in two different types. These were called the cavalry jackboot and the hobnailed jackboot. The height of both these boots came up to mid-thigh.

The cavalry jackboot is still used by the British Royal Guards and is a tall boot sewn in the shape of wings. However, the American army no longer requires the traditional Jackboots as better versions are available now. The boot was named by the British Royal Cavalry and is made of chain mail sewn between the layers of the leather.  This hardens the shoe and protects the wearer’s foot.

Hobnailed boots are a little different. The name hobnail came from a short, blunt nail being pushed in the sole of the shoe. This gave the sole strength and made the shoes perfect for marching. These shoes became popular with German Soldiers at the end of the 19th century and were considered more durable than other boots. From all of the shoes that we mentioned above, it was the Jackboots that were the best ones among all. They were durable, thick, and exceptionally protected the feet. 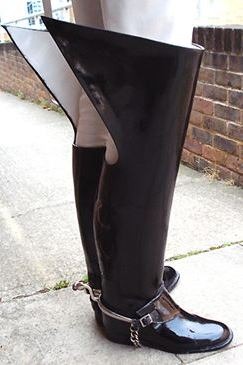 Boots are a very important part of any military uniform. Since soldiers spend so much time wearing their work boots, uncomfortable boots can have serious issues. Soldiers can develop rashes, blisters, and even fungal infections. This was even worse when World War 2 happened. Through these countless iterations, we have come to the comfortable, high-quality service boot we see today.