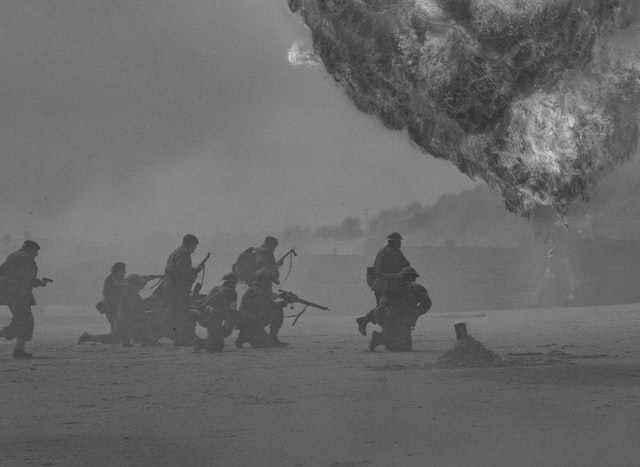 Cartoons thrived amid widespread death and destruction during World War 2.

The production and proliferation of cartoons, along with posters and other publications, were basically for propaganda purposes.

The making of cartoons struck a nerve with the American people. It was eventually used to their advantage.

As Allied and Axis powers were fighting on the ground, air, and seas, the cartoons were also used to fight each other’s wit, perspective, and belief.

As a form of propaganda machine, the cartoons were important in boosting the morale of the people, leaders, and the military in winning the war. It also helped in influencing the behavior of the people

For a start, the classic cartoons by Walt Disney created a big impact to the war as they targeted the Nazis and Japanese.

Walt Disney’s many cartoons were proven effective in changing how people look at the war leaders like Adolf Hitler of Germany, Emperor Hirohito of Japan, and Benito Mussolini of Italy.

His cartoons created a mockery of the enemies. The cartoons portrayed how the people were treated or mistreated and brainwashed under enemy power. It also invited the people to think twice about the Axis powers. The cartoons brought out the general sentiments towards the sufferings of children, women, and the elderly during the war.

In the cartoon, Donald Duck is dreaming of the terrible conditions German troopers had to endure. When he woke up, Donald Duck proclaimed his American patriotism. Donald Duck exclaimed: ”Oh boy, I am glad to be a citizen of the United States of America!”

As the cartoon poked fun at Hitler and the Nazi army, it turned out as the most popular propaganda cartoon at all times

Dr. Seuss played an equally important role during the war. His cartoons made insults and mockery of the Germans and Japanese. He depicted the harsh treatment of the enemies. His cartoons helped in awakening the sense of patriotism of the Americans.

On the other hand, the Nazi propaganda machine, headed by Joseph Goebbles, produced a film called The Eternal Jew in 1940. It was aimed at the demonization of the Jews. Hitler’s Minister of Propaganda used the film to teach Germans about the “danger” of the Jewish people.

A humorous and ironic cartoon series for adults, Private Snafu was produced as an instructional guide to army service personnel on how to deal with booby traps, security, proper hygiene, and other military topics. As it was aimed to boost the morale of the army, the cartoon served as a guide to the military personnel on the impacts of committing wrong decisions.

The name Private Snafu was a play on the military’s slang acronym SNAFU or “Situation Normal: All Fucked Up.”  In the series, the main character mostly committed wrong moves and decisions to help personnel in accomplishing out the basic things.


Released in 1943, Spies is part of the animated Private Snafu series. The film gave a strong warning about overdrinking and the hazard of hanging around with women who were working for the enemy side.

In this film, Private Snafu was thrilled about sending personal mails away from the censorship of the military.

In the first scene, Snafu attempted to crawl past the censor’s office at nighttime to send a message to Sally Lou, his girlfriend.

However, he was detected, causing his message to be censored. Another scene also showed Snafu attempting to send a message through a paper airplane, then a carrier pigeon. But all these were intercepted. The last part was about Snafu sending a coded message to his girlfriend. Unfortunately, his girlfriend also forwarded the message, which contained the location of the next military operation, to her mother. Eventually, the message spread until the Japanese learned about the plan.

The film gave a lesson on why military censorship of letters home is important for the country’s safety and security.

This episode was about Private Snafu thinking about some concerns back home while he was fighting on the frontlines in cold wintertime. Here he complained that his family and girlfriend Sally Lou were having the best of their lives back home.

Snafu imagined that his father was in a pool while his mother was playing bridge. He also thought about his grandfather in a strip club while his girlfriend Sally Lou was with another man. There are also great adventure books for children if you are looking for an alternative to watching cartoons.

However, he learned through the Technical Fairy about the real situation back home. The truth was his father was building tanks while his mother was in her garden. His grandfather was in a shipyard building boat while his girlfriend was attending the Women’s Army Corps (WAC).