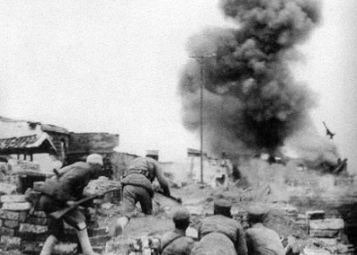 Famously known as the largest single event in human history, the unprecedented Second World War brought the world closest to “total warfare.” It was a conflict fought across six of the world’s seven continents and all its oceans. Approximately 27,000 people died every day during the war that lasted for six years. Nearly 50 million lives were lost, leaving hundreds of millions devastated and wounded in mind or body.

History books contain much of the stories about this cataclysmic event, but the pages will never be enough to put into writing everything that transpired during those bloody years. Your knowledge about this war should be more than what’s necessary for a trivial pursuit game. So, if you’re prepared to have your mind blown, here are ten interesting facts about the Second World War.

#1 Japan Was Working On A “Death Ray”

Using Nikola Tesla’s wave electric power, Japan paid a team of scientists one million yen as they pledged to construct a “death ray” that would be able to kill people hundreds of kilometers away. The Japanese were able to develop a working prototype that could kill from half a mile away, but the target had to be motionless for 10 minutes for it to work.

Allied losses in the North Atlantic, Arctic, and Home Waters were only 1.48 percent. There were 323,090 sailings, of which 4,786 were lost. Two thousand five hundred sixty-two were British, but roughly 2,000 British ships were sailing somewhere in the world on any given day.

#3 Russia Lost More Soldiers In One Battle Than All The U.K. And the U.S. Combined In The War

From July 1942 to February 1943, Germany attempted to capture the industrial city of Stalingrad, which included air attacks and devolved into house-to-house fighting, with reinforcements pouring into the city from both sides as tens of thousands were killed. This was the largest battle of World War II, and it was the bloodiest. While the Axis powers lost between 650,000 and 868,000 soldiers, the Soviet Union lost over 1.1 million.

The Bushido mentality of the Japanese is intriguing, yet it annihilated its own population. The Japanese warriors in World War II illustrate that the Samurai, despite their deaths in the late nineteenth century, were still alive and well. The only thing the United States troops could do was stare open-mouthed as the enemy charged them with swords rather than surrender. Japan’s judgments would be governed by the principle of honor over life during the majority of the war.

Many Japanese commanding officers in the Pacific theater either rejected or did not receive the surrender order in 1945. Because of this, Japanese soldiers who had refused to join the rest of the fighting remained in the field for decades. Many of them would go on to fight in the Vietnam War alongside the Viet Minh. Some of them would go on to challenge the island’s authorities after that. In 1974, the final Japanese soldiers, Lieutenant Hiroo Onoda and Private Teruo Nakamura surrendered, but rumors of other soldiers holding out persisted until 1990. The last two known Japanese soldiers of the war, who had been fighting with communists in Malaysia for decades, returned to Japan in 1989.

#5 France Outnumbered Germany In Tanks, Artillery, And Manpower In 1940

It’s a commonly held belief that the Germans suffocated the Allies in May 1940 with a mechanized and highly modern army and air force that bludgeoned their way to victory. The truth of World War II was quite different.

Only 16 of the German army’s 135 divisions were mechanized when the Germans launched their attack on May 10, 1940, so everything else was accomplished with horse-and-cart or on foot. Meanwhile, there were 117 divisions in France alone.

The German artillery had 7,378 pieces, whereas France’s was 10,700. German tank numbers were down to 2,439, while the French had increased to 3,254, which were larger, better armed, and armored than German panzers.

Private First Class Charley Havlat, a Nebraska native whose parents were Czech immigrants, returned to Czechoslovakia while serving his country. Enemy machine gunfire rained down on Havlat and his platoon as they drove down a dirt road 12 kilometers into the countryside on May 7, 1945. He was instantaneously slain when he took a bullet to the head. Neither he nor the German commander who led the attack had any idea that a ceasefire had been announced just nine minutes earlier.

During the attack on Pearl Harbor, Japanese pilot Shigenori Nishikaichi was shot down and crash-landed on the island of Hawaii. As they were unaware of the Japanese’s intentions, the townspeople warmly received the enemy fighter, providing him breakfast and throwing him a luau. Nishikaichi even performed a traditional Japanese song for the gathering.

#8 A Swastika Was Worn On The Uniforms Of One U.S. Division

The swastika, a pair of angled bars intersecting at the middle, was a traditional Native American sign of good luck worn on the uniform of the 45th Infantry Division during World War II. Troops from Oklahoma, New Mexico, Colorado, and Arizona, those with rich Native American traditions, wore this on their uniforms for 15 years. The group, however, ditched it as the Nazis rose to power in Germany and adopted a Thunderbird logo by 1939 instead.

#9 Queen Elizabeth II Served as a Driver and Mechanic 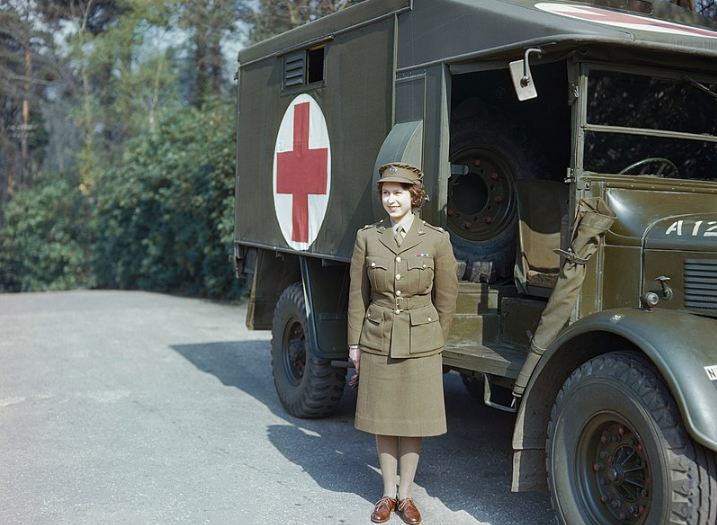 The future queen, Princess Elizabeth, served in the Auxiliary Territorial Service as a young princess, the eldest daughter of King George VI. By the time she turned 18 in 1944, the King had decided that she should focus on her training as a princess rather than serving in the army. In contrast to the King’s plans, the princess devoted her time and energy to rebuilding engines and otherwise assisting in the fight against the oppressors. 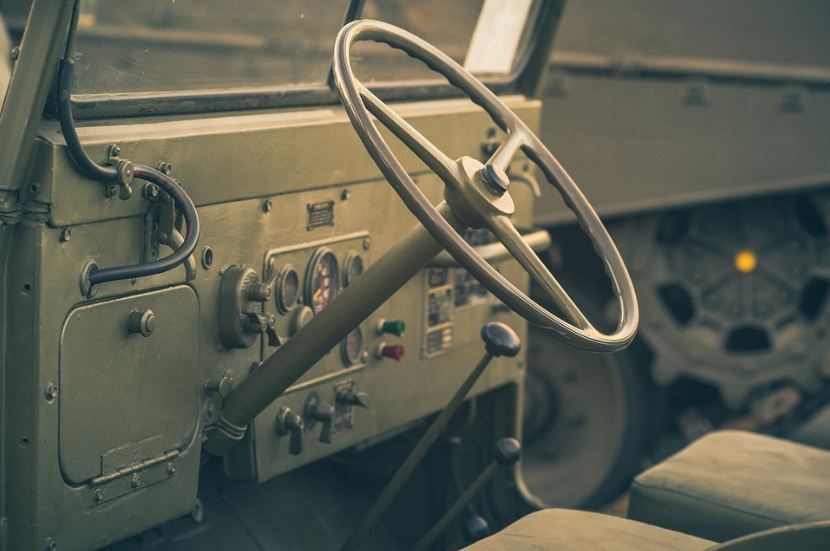 Despite Mercedes’ autobahns and Grand Prix successes, German wartime propaganda that the Third Reich had a highly mechanized and sophisticated army is still widely assumed. However, in 1939, Germany was one of the least automotive societies in the western world.